You are visitor number

To the years that were the best in my life,
To the time I spent with you in love and delight,
To the moments you worshiped my manhood,
To the places where we escaped from reality whenever we could,
To the passion which engulfed us day and night,
To the painful pleasure that bound us with all its might,
I offer these lines to the times when you were mine,
In the loving memory of 2002-2009.

Ode on the death of our First Love 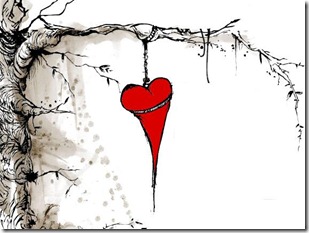 Your Love was what I always desired,
But perhaps fate and I didn’t meet eye to eye,
You left me stranded on the crossroads of life,
Without any will to live or to survive,
I wish I could have you once more,
And once again have my heart sing songs of joy galore,
But Alas! That dream will never come true,
As you moved on to a world whose existence I never knew,
But remember this my love, wherever you might go,
Without you, my head is down and my ego is low,
I wish you all the happiness in your future life,
And hope that I too get a loving and caring wife,
You will always be in my heart,
Here’s an ode to the death of our love which I thought would forever last.

XIX Commonwealth Games, Delhi 2010— What it leaves behind? 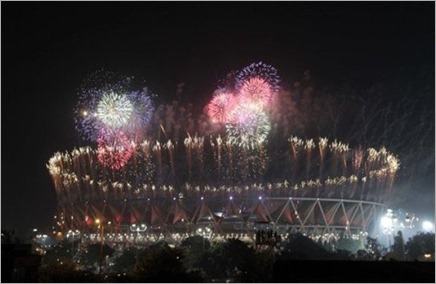 What a spectacular event we just concluded today! What a celebration of sport we have witnessed over the last fortnight. The XIX Commonwealth Games 2010 at Delhi has proven beyond even a fig of doubt that our Republic, our India, is truly incredible and truly rising!

During the celebration of excellent sports over the last 12 days, the entire Commonwealth witnessed records made and records shattered, achievements surpassing expectations and failures crushing hopes. But today, there is only one winner, Sports.

Personally, its a moment of rejoice for me too, as K. Ravi Kumar from my city, Brahmapur, created a new Commonwealth Games record with a total lift of 321kgs as he grabbed gold in the 69-kg category in the weightlifting competition in New Delhi.

The XIX Commonwealth Games Delhi, 2010, has left behind a legacy which few men will be able to forget. Being an Indian its an Honour beyond expressible words to have been given the chance by Her Majesty Queen Elizabeth II and the Commonwealth Federation, to host such a magnanimous and stupendous celebration of multi-disciplinary games in these 12 days.

Now, the Games leave us with state-of-the-art infrastructure to train and improvise our sporting talent, because the amount of shine our lads and ladies have shown in these games have proven beyond doubt that given the right amount of training and the right amount of scope, we Indians can outshine any country in any sporting clashes, at any level. The amount of pride it has renewed, the amount of patriotism it has infused in us, its of intoxicating proportions. The spectacle of India’s rich cultural heritage which the opening and closing ceremonies have projected to the world has truly shown that India is more than just about Bollywood. It has shown to the world that India is not a country of snake-charmers, rather its a country whose rich cultural diversity has no match in the entire world. The amount of advertisement brand India got from this games will ensure our inflow of visitors keep piling on, day in and day out. The economic revolutions it has spurted is positive to say the least. Today, the end of the Games marks the beginning of new era for the sporting world, and era marking the rise of a new Sporting Superpower— India.

But, it also leaves many questions behind. The primary being, “Can we convert the opportunity in hand here to really ensure our might in sporting excellence keeps rising, or is it the end of everything?” Will these world-class stadiums and training centre’s be accessible by our poor yet talented athletes, or will it end up as one of our posh neta’s-beta’s (children of our politicians) flaunting zones? Will the revolution it generated, end, or will the lamp just grow brighter and thicker? Excuse me for being so obnoxious here, but I have obvious reasons to be so. Because its India, things made for the greater good of deserving consumer usually end up with the wrong people’s footsteps, and we all know how I am right here. What benefit our largely poor yet talented pool of athletes get after this is something we all should have a close look at.

Secondly, it leaves behind Suresh Kalmadi (well, XIX CWG isn’t anything but over without a discussion about him). It also leaves behind a question, “Who was the villain in the XIX Commonwealth Games?”.

I don’t know whether it was the Indian media who over-hyped the scene (as they always do) or was situation really that grim few months back (because you don’t get smoke without fire right?), but if the second point is correct, then we must all hail people I will mention after a few lines for their tireless effort in saving Shera from being gobbled up. Now, that the games have finished, they will have a peaceful night’s sleep, perhaps after many weeks. But, few thing's are still left to be done. There must be a thorough and independent investigation regarding what the hell happened in the months leading upto the games that it led to so much mess, much to the chagrin of the Country’s public and Government. Mr. Mike Fennel might have laid heaps of praises on Shri Kalmadi in today’s closing ceremony but the boos he got in both his opening and closing ceremony speeches cannot be left unheard (even if he says he didn’t hear it). We have to admit, something went wrong with the system, somewhere. The Government’s job, now, is to to find out the mole(s) and reprimand them befitting to the magnitude of their follies. Even if the mole hides in the contractors who took up the tasks,  OC or even in the Government of India itself. If our Hon’ble PM wishes to set any example of his honesty, now is the moment. Lets hope that my thoughts matches with the EGOM’s thoughts at this point of time.

But, forget all that pre-games controversies. I would like to take this moment in sincerely thank the Kalmadi-led CWG OC, Delhi CM Smt. Sheila Dikshit (yeah Paul Henry, its not “Dick Shit”), our E-GOMs, Cabinet Secretary Shri K. M. Chandrasekhar, Prime Minister Shri Manmohan Singh (also thanks to Smt. Gursharan Kaur (Mrs. Singh) for adding grace to the opening and the closing ceremonies) and the Chairperson of the National Advisory Council Smt. Sonia Gandhi (also to Shri Rahul Gandhi and Smt. Priyanka Vadra for reasons unknown yet obvious to Congress Party workers), for literally saving our games and our face in front of the entire World, especially in the Commonwealth.

Nevertheless, controversy or no controversy, the fact is that Delhi and India have given the World a loud roar, saying with pride that “India is coming”. India has proved that its ready to host games of enough magnitude to capture the World’s attention. The XIX Commonwealth Games show that India is quite ready to host even the Olympics. And if all goes well from now, we might see sports taking an evolutionary stride ahead, and India might getting the Olympics bid some day. With an Amen to that, I congratulate my fellow Indians for a successful Commonwealth Games.

I hope our athletes live upto their newly achieved distinction in future.

How to deal with your first breakup?

This post is dedicated to few of my friends who have recently lost their First Love. May God be with them in their hour of agony. Amen…. 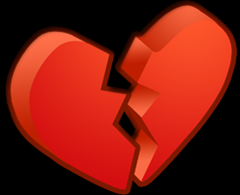 Looks like today I am turning into a sort of Agony Uncle. But I think that by writing this I have some kind of a healing medicine to give to many broken hearts and many people who have recently or at a considerable about of time back lost their first love.

Having your first breakup I like going inside hell no knowing whether you can come out of it or not, especially when circumstances beyond your ken forced the failure and the demise (not necessarily both and not in the same order) of your first romantic adventure. I have been through this gruesome experience myself and today I am candid enough to say that the battle to forget my forgone adventures is far from over, although I have come a lot way ahead in this one and half year long war.

So for all you who are feeling sad and dejected, I will give you few points out of my own book of life, hoping that it might help you deal with your loss in a considerate, if not effective manner:

I am not a  relationship counsellor dear reader, I just told what I experienced over the last one and half years of my life. Breakup sucks, especially the first time, I admit it. But we have to be stronger than our sorrows. We have to prove God that we were worthy of being born as humans.

Those of us who say God gives us lots of problems and not many others, I say to them that its the sole proof that we are lucky. Because it proves that God is watching us more than He is watching others. He gives us problems so that we become better persons at each step, only because he knows we are capable enough to be better. The Lord never gives us more than we can handle my dear reader, remember this fact (But I admit that God isn’t perfect, He is just better than us).

If this post is able to start the process of healing atleast one of those lovelorn hearts, I would consider my effort to have not gone in vain. May God bless you and keep watching over you just like that.